E.L. Doctorow is known to have said that “Writing is like driving at night in the fog. You can only see as far as your headlights, but you can make the whole trip that way.” I absolutely agree that writing fiction is like that a lot of the time for me.

In my novels, I’ve mostly known the beginning and the end before I start typing away. The remaining two hundred plus pages were still deep in the fog. A few of the main characters I’ll know right away, while others I don’t think of until much later. The story fills in as I get closer into the fog and see the next stretch of road.

This picture is of the castle in Barra which is in the Scottish Outer Hebrides. When I went to Barra, this fog settled in so thick that the castle didn’t appear until the ship entered the harbor. It was really cool to see the castle creeping out slowly from the fog.

Some of my most favorite chapters were written as I let the characters edge the story along to the next step and while I as the writer continued to step gently in the fog of fiction. Sometimes people tell me that they could never write a novel because it would be too hard to make all the connections between the characters and the plots.

I always tell them that the trick is to write a chapter at a time – the next chapter will be easier to write once the previous one is finished. You can get through the entire novel that way. 🙂

One thought on “The Fog of Fiction” 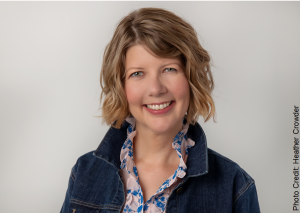 Julie Manthey is a novelist who thinks that the best part of writing fiction is imagining alternate worlds and mixing up a small echo of reality with a very large dose of fiction to create a fun, magical reading escape.

She is always planning her next trip and is taller in person.